15 Lion facts you need to know 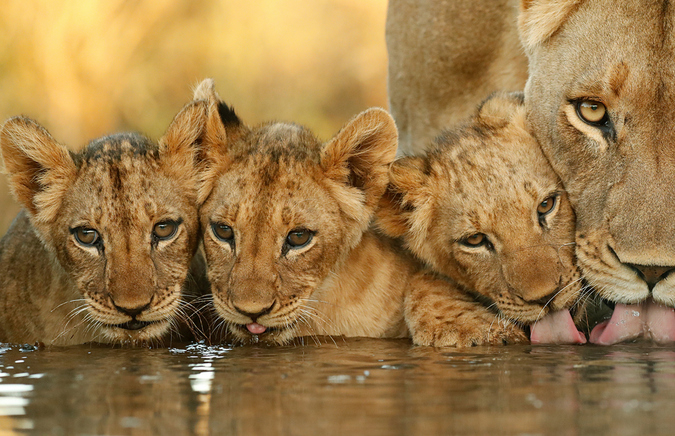 he African lion (Panthera leo) was once described in Samuel Johnson’s Dictionary of the English Language (1755) as “the fiercest and most magnanimous of the four footed beasts”. This definitely rings true with these magnificent felines! It is quite clear that lions are fascinating creatures, and here we get to know them a bit better by looking at 15 facts about them:

1. African lions are the largest of the African cats (second largest in the family Felidae, with the tiger being the largest). Males can reach a shoulder height of around 1.2 metres and weigh around 150 – 225 kg (av. 189kg). Females are around 1 metre in shoulder height, and weigh between 110-152kg (av. 126kg).

2. African lions have a wide habitat, and can live almost everywhere – from open woodlands, thick bush, scrub and grass complexes, even penetrating deep into deserts along watercourses – though don’t expect to find them in rainforests. Globally, lions exist in Asia and in sub-Saharan Africa, though history shows that a long time ago lions also inhabited parts of southwest Asia and north Africa. Read about the best places to see wild lions in Africa.

3. The colour of a lion’s coat varies from region to region, and within populations. However, it is found that lions that live in areas where it is either cooler or have higher humidity levels tend to have darker fur – such as the desert-adapted lions in Namibia and the black-maned lions of the Kalahari. You also get white lions, but these are not true albinos but are rather genetic variants with strongly reduced pigmentation.

4. Speaking of desert-adapted lions. These lions are known for their majestic size and ability to survive the harsh desert environment. They have longer legs and leaner bodies than ‘regular’ lions, and are built for endurance. Because prey is sparse in the desert regions, lions have to search far and wide for food, and live off smaller prey, such as antelope, mice and birds. The lions have a stronger resistance to thirst and can go for up to two weeks without drinking water (they rely on their prey’s blood for moisture). Have a look at a stunning photo gallery of the iconic desert lions of Namibia.

5. When it comes to claws, lions have four on their back feet, but five on the front where the dew claw is found. The dew claw does not show in their spoor (foot print), and acts like a thumb that is used to hold down prey. 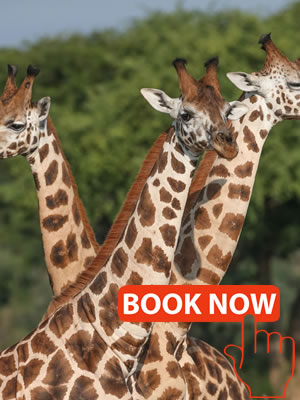